Frosty mornings, windy afternoons and busy working weeks and weekends in our little corner of the world have meant that long leisurely explorations on horseback have been few and far between since the turn of the year – but nonetheless it’s been a good couple of months on the farm; and, as ever as we creep tentatively into spring, it’s been lovely to watch the days lengthening bit by bit, looking forward to a summer of adventures.

Whether we make it out a hack or not, I love to spend time with Charmer, and most of my evenings in the last couple of weeks have been spent in the stable, brushing out his winter coat by the bucketful while he idly chews on his hay and makes grumpy faces at his neighbours, just in case any of them had any vague notion, or the impossible ability, to leap into his own stable and steal any from him. It never ceases to amaze me how much winter coat there is to come out, we tend to spend February and March in a blur of black fluff and it’s long overcoat and full wellies before work for me to avoid transporting too much of him around! 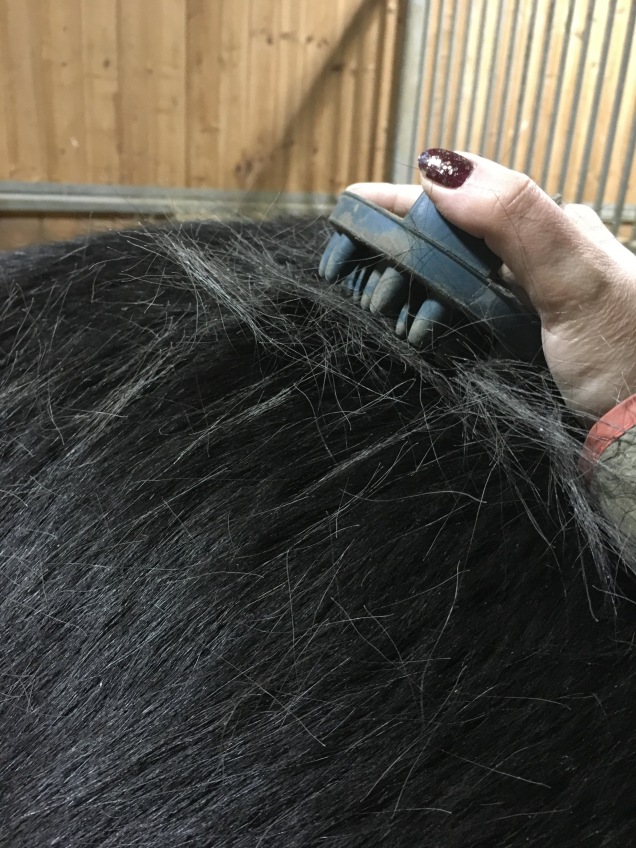 In the mornings, we generally just amble from the stable to the field gate, the sun usually coming up as we do, and in the evenings I chase the daylight home and have almost – almost! – made it!﻿

We did manage a lovely Sunday hack last week with friends, which was full of fun as we were able to explore a new briefly-available route through one of the sheep’s fields while they were rotated out for a few weeks ahead of lambing – the sun was shining, field newly-green and got to enjoy a few full-pelt canters up the hill, Charmer and his friend straining to race each other; though my boy did draw the line at the woods at the bottom of the track where some trees creaked omiously, and flat-out refused to continue, opting instead to stand at the top watching the others wind the track and canter back, happy as ever to be at the top of a hill admiring the view. ❤ 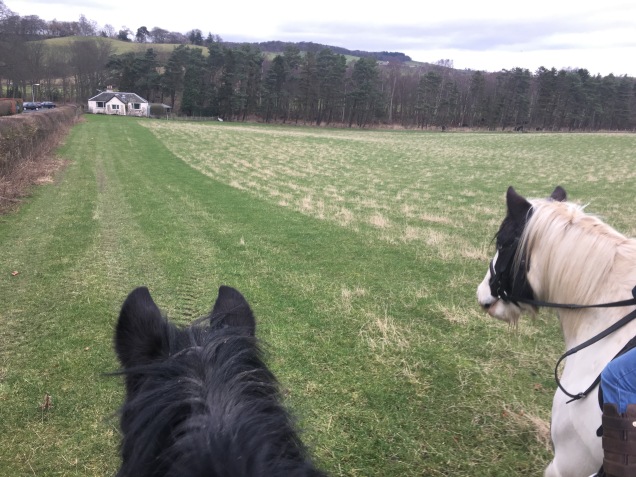 Looking forward to getting out more as the nights shorten further, and to more suspicious-tree-dogding and hill-cantering fun.

One thought on “Ambles and rambles with the pony.. ”