There have been many times in our lives together so far that my husband and I have been preparing for a new member of our little family, or considering adding one. We’ve driven excitedly to collect a new hamster or rats from a rescue centre, counted down to merging our existing pets together when we first moved in together and considered adding others we haven’t quite got to yet, like a second horse (always particularly tempting when one of Charmer’s gorgeous younger half-brothers or sisters is up for sale) or – especially now that we technically could in our new house – a cat or dog. We are once again this year in the position of a big change on the horizon, but this time beyond anything we’ve thought of before, as it’s a human and not animal addition we’re waiting for – we are expecting a baby in December, and are so excited about it.

Already there have been so many subtle changes in our day to day life as we try to get the hang of all the things we’ll need to know – car seat regulations and pram choices, sleeping arrangements and parental leave – and preparations are well underway for this huge shift in our family dynamic that we can’t wait to make.

For the pets, this has meant changes too. The little ones have relocated with us to a new home in the last couple of months which gives us the space we need for our growing family. My poor husband has risen valiantly to his new role as rat-cage-cleaner while I’m not able to! And the boys are doing just fine with the slightly altered location and routines. 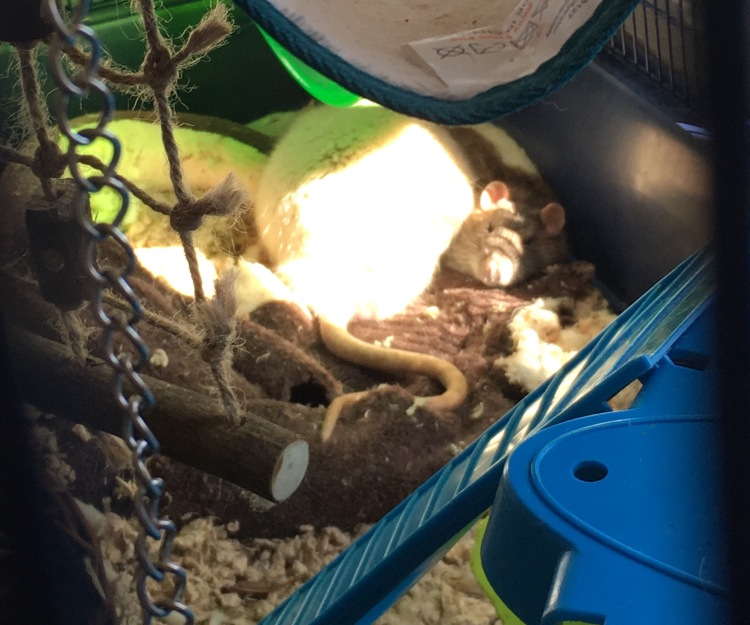 Marley and Perry sunbathing in their cage in the rat-room.

For Charmer most of all, my pregnancy has meant big changes, most notably the lack of riding! We’ve embarked on our longest ever abstention from riding in the seventeen years we’ve been together, and all going well it’ll be into 2018 before I’m able to amble out a hack again on the back of my boy. Our last venture, back in March when the daffodils were just blooming, feels so long ago already!

I’ve been very lucky to have a friend taking Charmer out on the odd hack to let him have adventures with his friends and crunch through the woods he loves to, but we’ve been getting out together lots in-hand too, exploring along the tracks around our farm and also playing games in the sand school to keep him fit and his mind active. 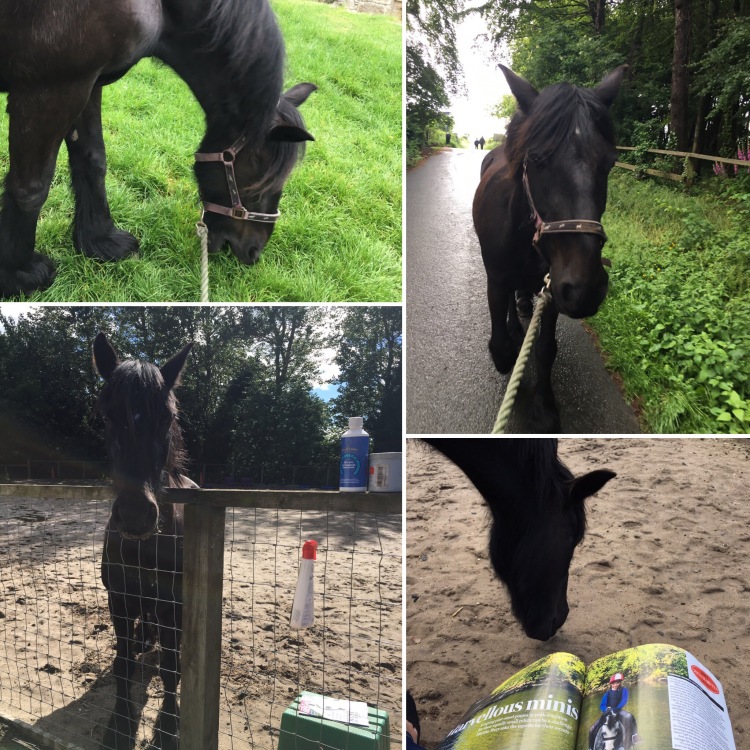 This weekend we took a family walk, all of us along the sea, with so much to see to keep Charmer’s head full of new adventures, and exercise for all of us.

Back at the farm, it’s also de-ragworting time, an annual task I usually get stuck into myself, working in the fields long into the summer evenings while the horses graze; but the heavy work and poisonous plants have taken me out of the action except as a gloved bagger-upper so again that’s been a team effort this summer with massive help from my husband!

I’m very lucky that Charmer is such a chilled-out character. There have been many seasons over the years that ridden work has been off the table, so far always because he’s needed the time off rather than me – back in 2011 when he was off for several months at the peak of his arthritis, in 2014 when he was very unwell for the summer and was out from April until September, and again last year for a month or two when this briefly returned. Each and every time, we’ve adapted without too much trouble, as we seem to be evenly matched in outlook and both simply content for routine, wanders and time together – with the blasts through stubble fields we’re sometimes lucky enough to have an added bonus.

This is such an incredible time for us all, just on the cusp of something so exciting, and the practicalities we need to work around over the next few months will be outweighed we have no doubt by the joy of our new arrival who we look forward to meeting more every day.

Very grateful however, for the pets’ good natures and willingness to adapt during this time.

Hope everyone has a lovely week. X

3 thoughts on “Preparing for the next addition to our family… and adapting routines for the rest! ”