The last couple of weeks have brought with them a change in the weather, lightning splitting across the sky and cutting through the bubble of heat that had dominated the summer so far. Week after week of unbroken sunshine and dry weather, temperatures always in the mid to high 20s, gave way first to the heavy relief of lashing rain, and later to a steadier coolness, swirling some of the earliest leaves off the trees.

This is the first time I seem to have found the time and space in a while to take stock and catch up on what’s been a long and lovely summer. We had a holiday at the beginning of July – our first family break away, up north for a few nights to a little cottage where we happily self-catered, keeping everything relatively routine for the little one; had lovely long walks, in woods, along riversides and in pretty towns; woke to ducks waddling past the door in the mornings, coming to say hello; and enjoyed family firsts at swingparks and the swimming pool, all thoroughly enjoying the time together. 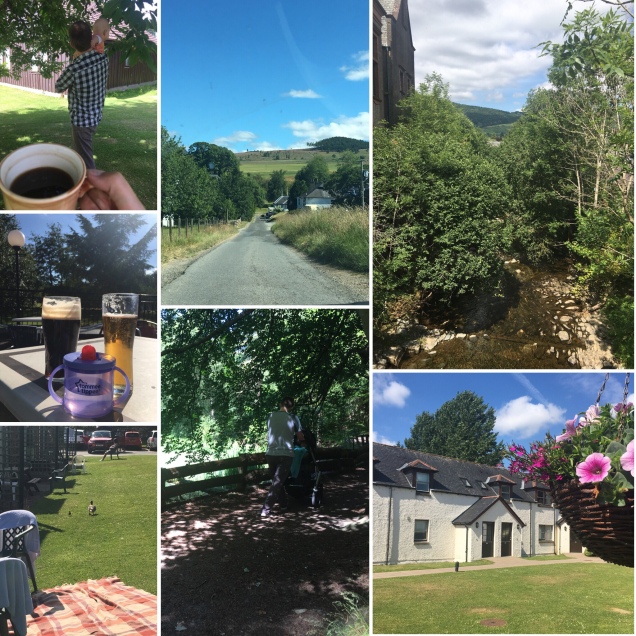 The summer has been a truly beautiful one and both while we were away and back home, we have had so many gorgeous days and sunny adventures.

The pets have been doing fine – Jasper & Jet have been with us over a whole year now – we brought them home on 26th July last year to keep old man Perry company. I still remember so clearly driving them home and nervously doing the introductions, which were one of our most successful ever thanks to all three boys’ lovely natures. They’ve changed and mellowed a lot more even over that time, the bright-eyed and curious newcomers evolving into the two dumplings that are cuddling in of an evening this summer, so chilled out and so familiar. ❤

They had their first holiday too when we went away, as we had them booked in with a local pet boarder for the first time – I’ve never done that before with any of the little ones as we used to be just round the corner from my parents so the pets could just stay home, ably looked after by my dad. Last year we were due to board for the first time but I chickened out at the last minute due to so many ongoing needs the boys at the time had – and we ended up taking Reuben, Perry and Marley on holiday with us, a wonderful experience in itself. Jasper & Jet seemed to get on really well though at their holiday home. Dropping them off and picking them up was plain sailing, they enjoyed their adventures – and it was so lovely to have them home again when we all returned! 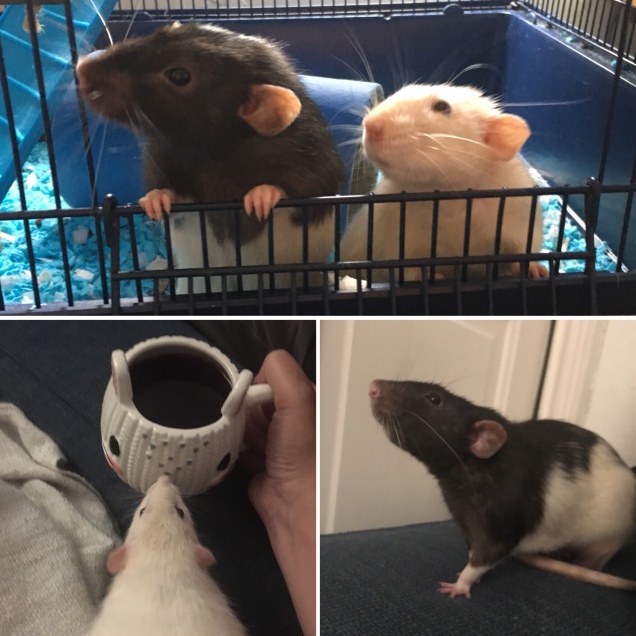 It’s been a horse-aversary this month too, celebrating 18 years with Charmer. It feels like such a huge spanning of time all of a sudden and it really is, been so lucky to have his company for almost two decades now. He’s been weathering the summer relatively well, with all its usual challenges – keeping him not too fat and not too thin, battling flies and midges, de-ragworting and keeping water and shade close by.. the usual fun! Overall though seems to have been enjoying it and been less plagued by midges than last year actually, so been able to enjoy some fly rug-free days with the sun on his back. 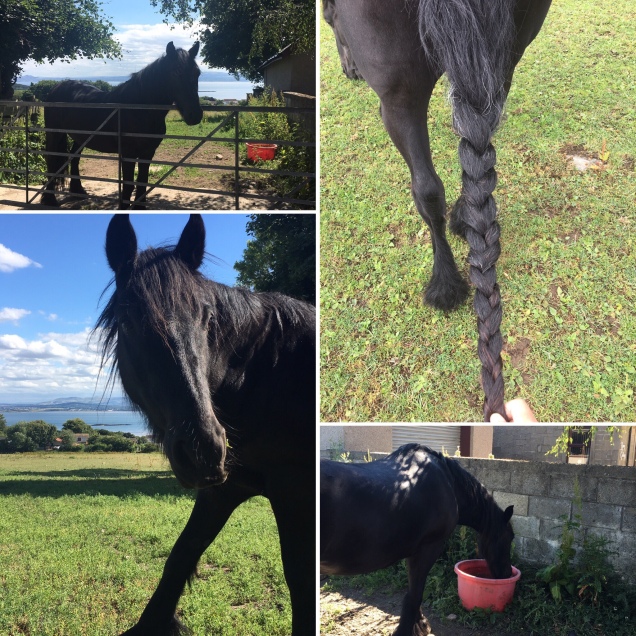 The extreme heat in the last few weeks has meant him sometimes needing to come in for periods during the day – which has brought me to the farm mid-day with my daughter in tow, the necessity giving me the push I needed to have the confidence to look after them both at once. He is just wonderful with her, affording the pram or sling the care he doesn’t bother to extend to me!!.. where he would happily give me a shove to get to where he’d prefer to be he’s always cautious, always watching and looking out for the baby. In the shade of the barn, now that she’s a little bigger, we’ve been able to spend a little bit of quiet time with her out of her pram or carrier and it’s been absolutely lovely to see her curiosity, his patience and them both getting to know each other. ❤ 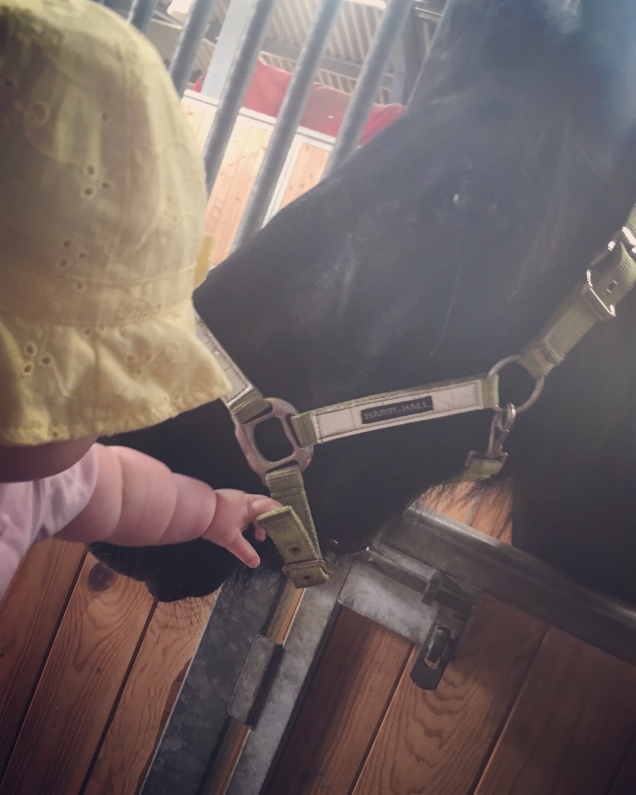 It’s been a really lovely summer – days long and warm and light lingering late. Outside, we’ve been enjoying watching the season roll on as the fields are farmed around us, the nesting sparrows coming and going, our resident robin in the garden, and the starlings that swoop around the village en masse – which I know will be coming to descend on us very soon as the berries on our rowan trees are reddening and almost ripe, and last year the starlings just went crazy for them – looking forward to seeing it again!

In the evenings, we’ve been treated almost every night to the most beautiful display from the bats who live nearby, swooping and gliding in the dusk. I absolutely love to just stand out in the garden as night falls and enjoy them passing by, they fly so very close but with such precision they never touch, they’re such amazing animals.

Hope you are all well and will hopefully write again sooner! Have a good week all. X

One thought on “Summertime adventures ☀️🔥💙”